Posted at 15:13h in Period Property Works by HRG Services

England’s ancient capital of Winchester is a city steeped in history, offering rich pickings for visitors looking to uncover Britain’s past.

Begin with the short climb up St Giles’ Hill for an overview of the city’s heritage – from the top, you can trace the sweep of medieval and Georgian buildings, laid out according to the original Saxon street plan.

In this blog, we want to highlight five architectural highlights of Winchester. 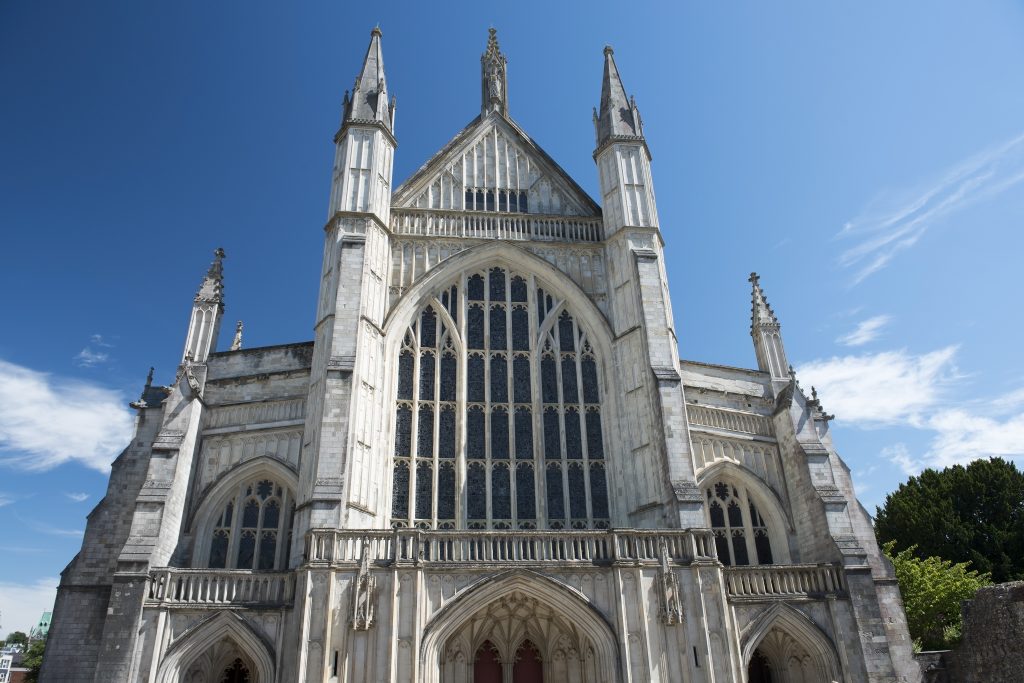 The foundations of Winchester Cathedral were laid in 1079 CE and is one of the largest in the UK. Its architecture started out as Anglo-Norman but over the centuries it was remodeled with the inclusion of Gothic features. The majority of the limestone used in its construction was brought over by barge from the Binstead quarry on the Isle of Wight. Further restoration work was carried out in the early 1900s to reinforce the foundations and in the 1930s the heating and lighting system was overhauled to include the installation of gas. These works were headed by Miss Jeanie Dicks, the first female member of the Electrical Contractors Association. The crypt holds the coffin of Jane Austen. The architecture and history of this building are well worth a visit. 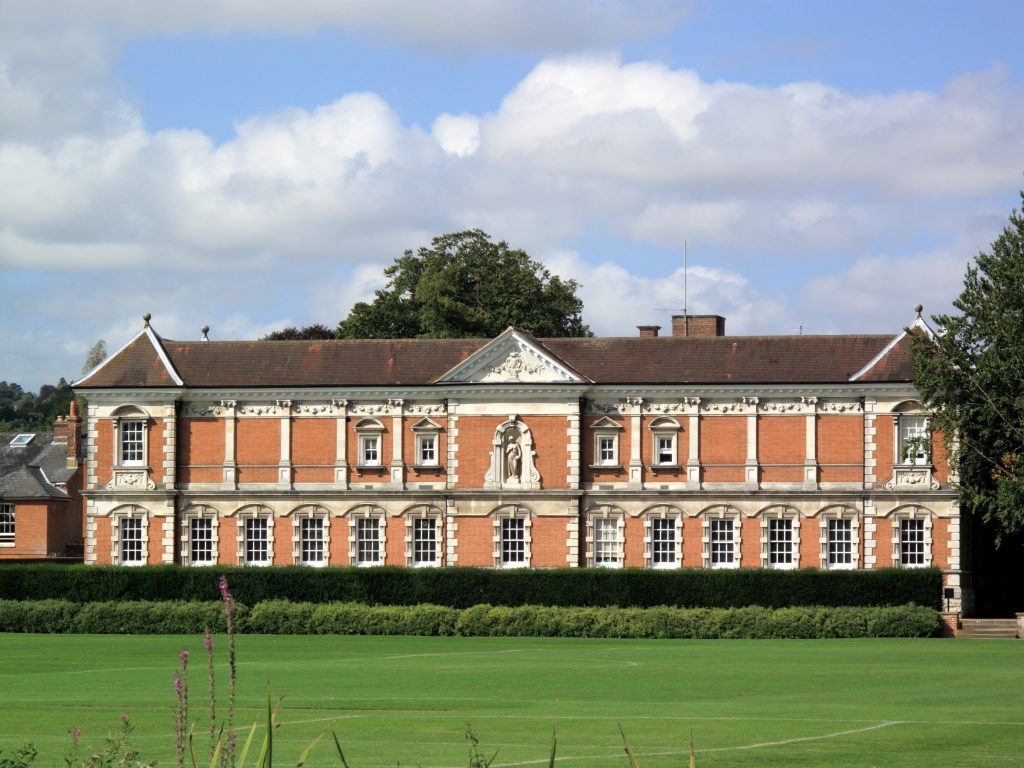 Winchester College was founded by the Bishop of Winchester, William of Wykeham in 1382 and is an independent boarding school for boys. The college chapel still has the original wooden fan-vaulted ceiling which was designed by Hugh Herland who was the carpenter of King Richard II. The college also has a Grade 1 listed War Cloister designed by the architect Sir Herbert Baker, the roofed quadrangle is said to be the largest known private war memorial in Europe and has been included in Historic England’s national collection. The Medieval dining hall still retains its original character, and the tables and benches dating from the 1600s are nailed to the floor so they can not be moved. 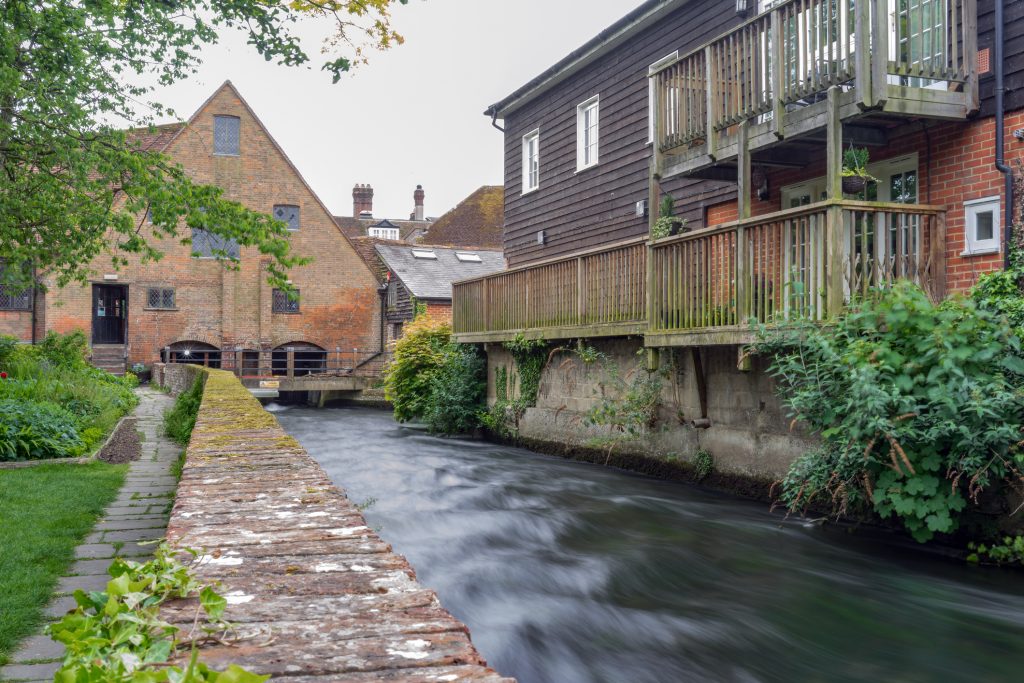 Winchester City Mill is one of the oldest working watermills in the UK and has been in the heart of the historic city of Winchester since at least Saxon times with historic connections to Alfred the Great and Mary Tudor. A plaque on the wall of the mill shows that the mill was rebuilt in 1744, and through the years the mill has undergone various restorations. In 2003 millwright and restoration engineer, Ian Clark, brought the equipment up to modern standards to allow it to be used to produce flour, in 2019 15 tonnes of flour was milled and sold to the public.

The Great Hall is one of the finest surviving examples of a 13th-century aisled hall and is an enhancement of the original Winchester Castle built by William the Conqueror, though sadly now the hall is all that remains of Winchester Castle. The legend of King Arthur and the Round Table have dominated the Great Hall for centuries with the ‘Winchester Round Table’ hanging on the walls. The table has the names of various knights of the Court of King Arthur, with the inscriptions dating back to Henry VIII although the table itself has been dated much earlier to the reign of Edward I. It also includes stained-glass windows, a judges’ gallery, and wrought steel gates that were installed in 1983 to commemorate the wedding of the Prince of Wales and Lady Diana Spencer. 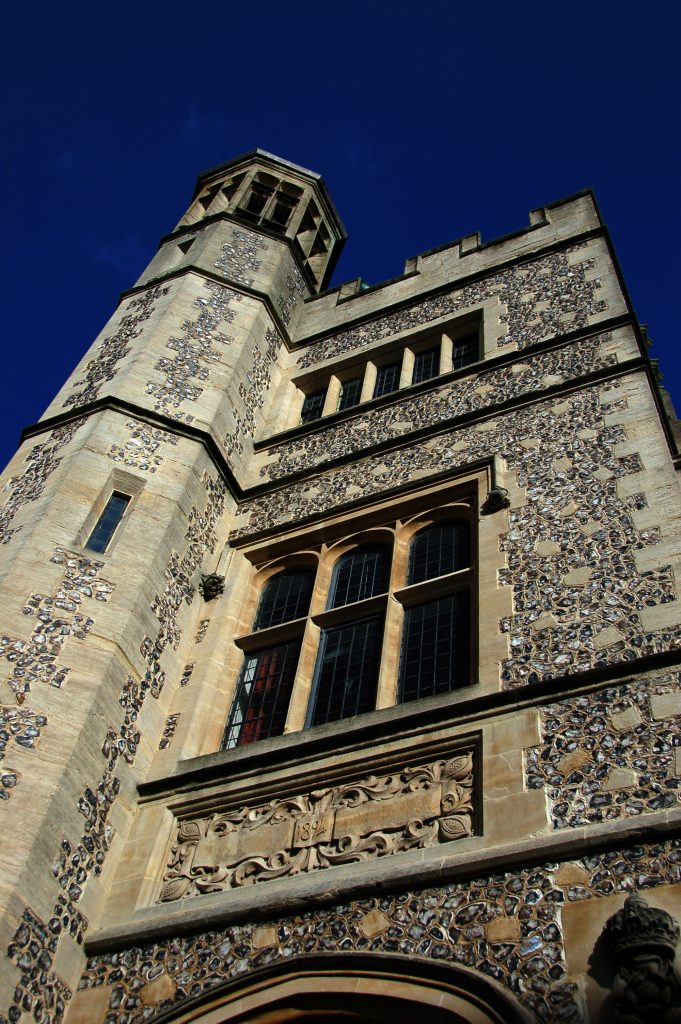 The Westgate is located at the top of the High Street and was a fortified gateway to the city of Winchester. It was a former debtors prison but now houses Westgate Museum and tells the story of this remarkable building and the history of Tudor and Stuart Winchester. When it was modified in the late 14th century a portcullis and keyhole gunports were added, to allow for the earliest known use of hand-held cannon. In the museum today you can try on a replica of Tudor costumes and a coat of armor, and even take home your own brass rubbings.

Winchester is a clear home of incredible architecture.  Its homes are no different from its countless listed buildings.  Are you one of the many homeowners or businesses with stunning sash windows to keep in good condition?

Here at HRG Services, we specialise in restoring timer windows that are commonly found on listed buildings.

Are your windows in need of repair?  We’d love to help you with your project! HRG Services offer a selection of packages for the improvement and preservation of wooden windows.

These include:
* Draught-proofing and overhaul